Earl can also offer other themed performances such as:

Music from the 20s & 30s including music by the Gershwins, Cole Porter, Irvin Berlin.

A selection of songs that feature in Hollywood movies from the post war period to the 1960s.

"Rat Pack" themed music from the heyday of Vegas in the late 50s through to the mid 60s.

The best American standards of the 1920s to 1960s, predominantly from Broadway and Hollywood musicals.

Songs about the world's great cities and places. 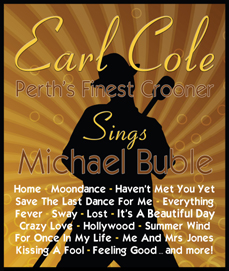 The undisputed modern day king of croon is Michael Buble. There is nowhere in the world where he is more popular and has enjoyed more chart success than in Australia. Earl Cole's tribute to Michael Buble covers all his best known songs from his debut self titled 2003 album to his 2022 release Higher. This is the most popular show that Earl performs and he has performed this tribute overseas on many occasions. 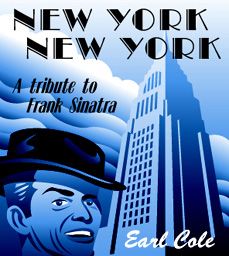 Earl's very first performance was New York, New York. He is somewhat of a Sinatraphile and is an avid collector of Sinatra recordings and memorabilia. New York, New York is a collection of Sinatra's best known songs spanning 5 decades. Earl has a comprehensive Sinatra repertoire of some 80 songs. New York, New York will appeal to young and old alike - from those wanting to reminisce of days gone by to the new breed of 'lounge' music lover discovering the magic of Sinatra for the first time. 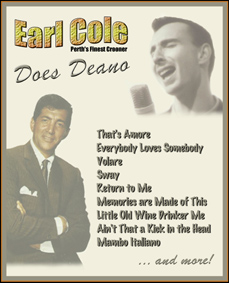 Dean Martin remains very popular and his recordings sell almost as strongly now as they did during his heyday. Earl’s voice and his tall, dark looks are ideally suited to covering Dean Martin. Earl does Deano (Dino) very, very well. 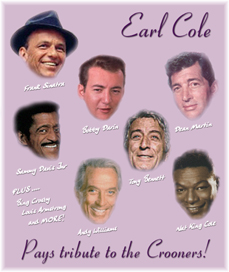 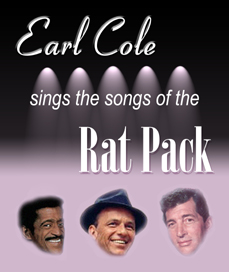 In the late fifties and early sixties Frank Sinatra (the 'Chairman of the Board'), Dean Martin and Sammy Davis Jnr were members of the Hollywood Rat Pack. They sang together, hung out together and appeared in movies such as Oceans Eleven. Earl sings some of their best known songs in his tribute the Rat Pack. 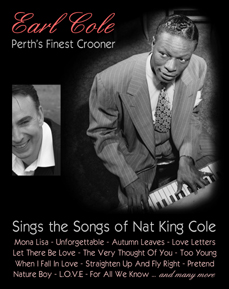 Nat King Cole is one of the most successful and influential jazz and swing icons of the 20th Century. His life was tragically cut short at the age of 45 but his legacy remains. Earl has performed his Nat King Cole tribute overseas and covers Nat's music from his trio days right through to the end of his glittering solo career. Earl is a huge Nat King Cole fan. He regards Nat's voice as being almost without peer and loves the sheer romance of his songs. Earl also deeply admires the man and his achievements. Earl covers many Nat King Cole classics including Unforgettable, Mona Lisa, Nature Boy, Route 66 and L.O.V.E. 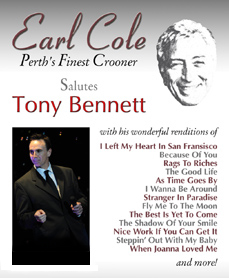 Tony Bennett is widely considered to be one of the best interpretative singers of jazz and swing standards. His career has lasted almost 60 years and he remains as popular as ever. Earl sings some of Tony Bennett's best known songs in this tribute to one of the last great 20th century crooners. 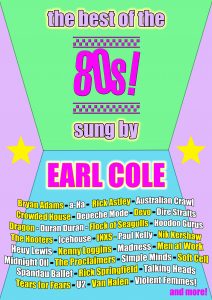 Although well known for crooning the hits of artists such as Sinatra and Buble, Earl Cole is also the lead singer of popular 80s pop/rock cover band 80s Inc. In his solo tribute to the 80s Earl covers artists such as Midnight Oil, Men At Work, Mondo Rock, Bryan Adams, Kenny Loggins, Van Halen, Crowded House, Depeche Mode, Simple Minds, Tears For Fears and Spandau Ballet. In a former life Earl Cole enjoyed success as a pop composer, keyboardist and vocalist and had number one and number three albums on the Western Australian Independent Charts in the mid 1980s. He also supported touring acts such as Pseudo Echo and Do Re Me. Earl's tribute to the best of the 80s is a nostalgic return to his musical roots. The Best of the 80s is also available as a duo with a female vocalist. 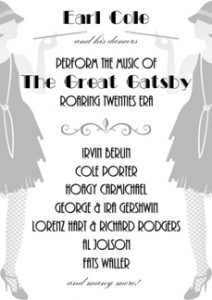 Earl and his dancers perform music from the Great Gatsby era including songs from legendary composers, band leaders and artists such as Irvin Berlin, Cole Porter, George Gershwin and Fats Waller. His dancers perform iconic dance routines such as the Charleston. Two tone oxford shoes and flapper dresses are the order of the day for this show. 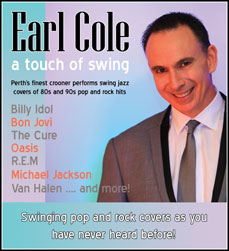 Earl Cole performs cover versions of 80s and 90s rock and pop hits as you have never hear them before. Songs made famous by the likes of Nirvana, Survivor, Billy Idol, Michael Jackson, R.E.M, Eric Clapton & Soundgarden are given a complete overhaul with a fun and lively swing interpretation.

To listen to Earl singing some if these songs click here. 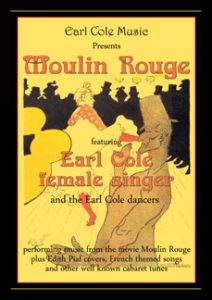 Earl Cole's Moulin Rouge is a mix of music from the blockbuster Australian movie Moulin Rouge together with songs made famous by Edith Piaf and a selection of other well known cabaret tunes. It is performed with a female vocalist and Burlesque dancers add to the visual of this spectacular floor show with some fabulous costumes and choreography. 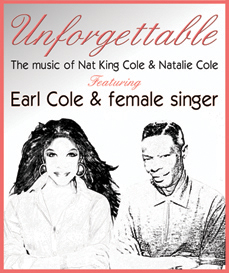 Unforgettable includes the best known hits of the wonderful Nat King Cole and his daughter Natalie Cole. Natalie never performed with her father who passed away when she was only a child. She has enjoyed a stellar recording career winning 8 Grammys. Natalie's early R & B career as well as her more recent jazz and pop recordings are covered. A number of duets are performed including, of course, the classic song Unforgettable. 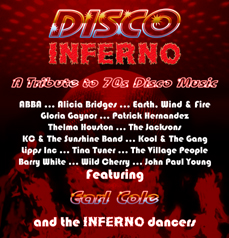 During a successful Malaysian tour in November 2008, Earl Cole together with a female vocalist performed a Michael Buble and Norah Jones tribute at a major awards night. At the end of the awards presentation they did a dance set stacked with 70s disco tunes - for a bit of fun. The response was fantastic. Upon returning to Perth, Earl promptly started putting together a 70s disco show. With great songs, explosive dance routines & 70s costumes, Disco Inferno is a floor show tailor made for corporate clients or functions and events with a 70s theme. It is a very different offering from Earl and shows his versatility as a vocalist and performer. 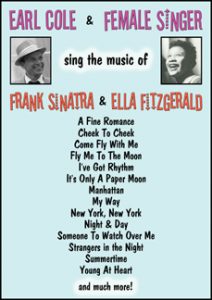 Ella Fitzgerald is known as “the first lady of jazz” who brought the Great American Songbook to life with her wonderful renditions of jazz standards. She had an amazing three octave vocal range and was known for her pure tone and impeccable diction phrasing and intonation. A true legend, Frank Sinatra was arguably the greatest entertainer of the 20th century and very few have ever matched his chart success and record sales. Fitzgerald and Sinatra left an indelible mark on popular music and this homage to these greats is a celebration of the music of two remarkable performers. 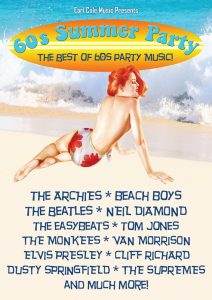 Get the long boards ready. Surfs up and it's gonna' be hot!  Earl Cole and Jaye Yates celebrate summer retro style with a feast of 60s party music. These two premier Perth entertainers perform Motown hits and songs made famous by the Beach Boys, Dusty Springfield, the Beatles, The Monkees and more. So don the paisley and psychedelic threads and get ready to do the Monster Mash, the Swim and the Twist.